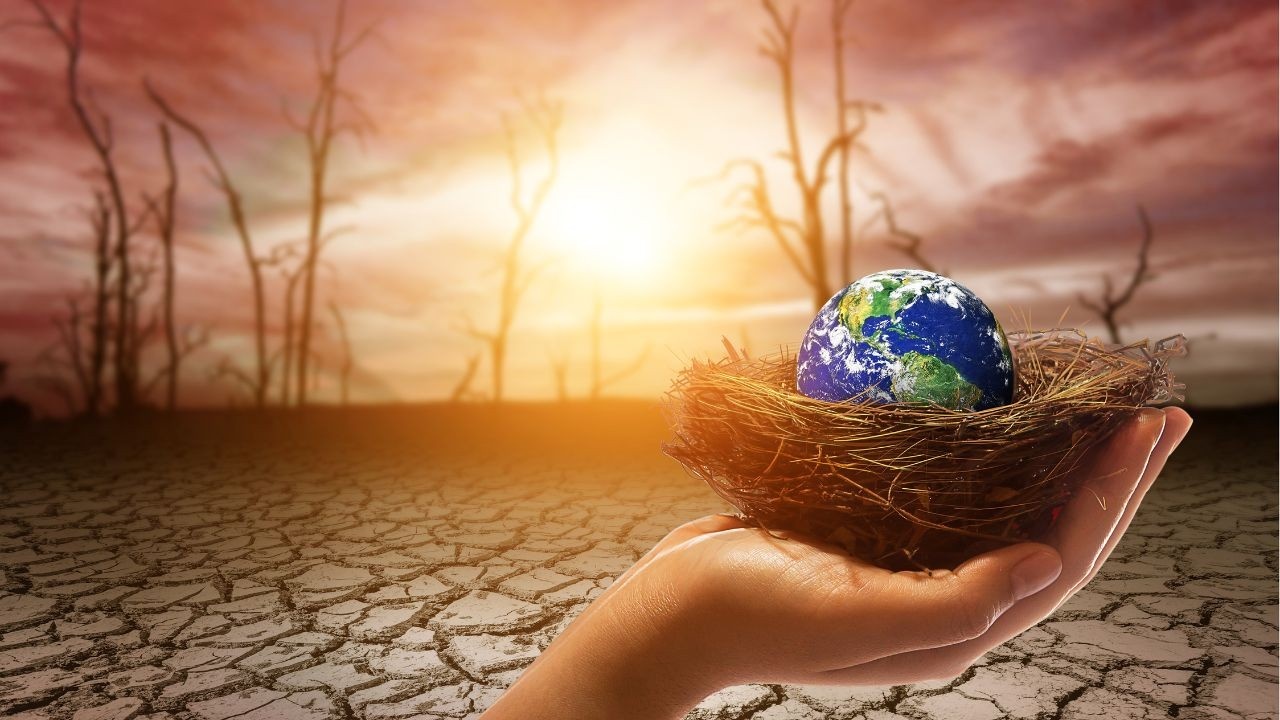 Heat. Heat, and more heat. Remember when it stopped being called “global warming” and is now referred to as “climate change”? That’s because the weather wasn’t always warmer, but was more intense and erratic. The alarming rise in sea level works with both labels.

High temperatures are maybe the most deadly natural disaster, albeit a silent one. It doesn't get the same attention as more dramatic natural catastrophes. Whatever the name, we’re in it big time now. How do we measure the casualties?

Most recently you hear about human deaths, power outages, buckled runways and unusable public transit. At times there is too little water - fires, drought and famine; and other times too much - mudslides, flooding, tornado and hurricane activity. Yes this affects infrastructure, but more importantly it impacts all living beings; animals, birds, insects and plants (not just crops) suffer and die too. We are killing the planet, and ourselves along with it. How did we get here?

Recognizing this dangerous trend as early as the 1970’s, what was known behind closed doors at big oil - Exxon and Mobile - was not publicly disclosed. The intention was to deny and mislead the world on the impact of carbon emissions. At the same time “lobbying” was enriching those in power who could delay governmental action, or even recognition of climate change. This disinformation campaign was responsible for undermining public concern and action for decades.*

Even the concept of a “personal carbon footprint” was first popularized by British Petroleum in a $300 million ad campaign (2004 - 2006). It was meant to direct responsibility away from big oil corporations to the individual. Although individual action is helpful, it won’t come close to solving the problem. There are some areas where government is best suited to act in the interest of the people; regulation, public health, and taxation to name a few. In reality that hasn't worked so well. “Energy” companies are just one sector that benefits from government subsidies and resists regulation while paying little in taxes.

Now that the move to alternative energy sources is inevitable, big oil is shifting their focus to plastics production. Plastics are another environmental disaster. Micro and nano plastics are in the air, clogging the oceans and waterways, in our food (we eat 5 grams a week!), bloodstream and organs - harming every cell of our bodies.

The same tactics used to make carbon production a personal responsibility have been used for plastic pollution, through the myth of recycling. Our recycling efforts are a drop in the bucket and mostly ineffectual. We need to stop producing and using so much plastic. Some of the new sites for plastics factories are now being opposed, as the health consequences are even more dire for those living nearby.

What's a person to do? CARE. Don’t ignore this issue. Good intentions and spiritual practices are a baseline, but greater action is called for at this moment. More conscious daily routines around food, water, energy consumption, as well as consumer choices, help make a small difference. What are those bigger actions? Whatever you can manage to DO. Untangle a turtle from a plastic noose, plant a xeriscape, closely monitor heat/ac, use your personal influence and write, protest, show up at meetings and especially VOTE as if your life depended on it - because it does.

The definition of politics (from the Greek) is “...activities that are associated with making decisions in groups.” Do you want decisions made for you, or do you want to be part of that process? I have been called a liberal; I prefer progressive, because who can be against progress? Although that begs the question - what’s your definition of progress?

*My sources include The Harvard Gazette, the LA Times, Scientific American, the Observer and Wikipedia among others.